“Know, oh prince, that between the years when the oceans drank Atlantis and the gleaming cities, and the years of the rise of the Sons of Aryas, there was an Age undreamed of; when shining kingdoms lay spread across the world… Hither came Conan, the Cimmerian… sword in hand to tread the jeweled thrones of the Earth under his sandaled feet.”

Growing up, I was a HUGE fan of Robert E. Howard’s Conan the Barbarian stories. They were among the first books I ever read; an adolescent boy’s dream. Howard created an alternative, pre-historical world of warring kingdoms, mercenaries and monsters, pirates and priests of strange, dark gods.  These stories featured one of fantasy’s most vivid anti-heroes: Conan of Cimmeria. A wild rover who traveled the world of the Hyborian Age, in his time he was thief, bandit chieftain, mercenary, buccaneer, a general and a king.

All but one of Howard’s original Conan tales were short stories, published in the pulp fiction magazine Weird Tales, beginning in 1932. While Howard was not a great writer (his prose were often a touch on the “purple” side), he was always entertaining. Though a bit dated, his stories still make for a fun read.

The only version of Conan known to most today is that

presented in the 1982 film Conan the Barbarian, starring Arnold Schwarzenegger in the title role. As a fan of the Howard’s original Conan, I was very disappointed in the Arnold vision of the tale. These portrayed Conan as many things he wasn’t in the stories: A slave (he never was); a dumb barbarian (he wasn’t formally educated, but possessed a native intelligence; he was, after all, a general and eventual ruler); and a rather muscle-bound gorilla (Conan is described in the books quite differently: “pantherish”, supple, fast and strong).

The new version, Conan the Barbarian (2011) stars Jason Momoa (“Kal Drogo” in HBO’s Game of Thrones series) as the Cimmerian warrior. This re-imagining of the story is much closer to the Howard original. For one thing, it is firmly set in Howard’s Hyborian Age. It doesn’t just barrow names from the books haphazardly; it sets them in the correct places and attempts to create Howard’s vision of them.

Jason Momoa is a good (if perhaps a touch too lighthearted) Conan; much closer to the Howard description than Arnold. He is strong and quick, and very comfortable in his hyper-masculinity. If I had one complaint, it was that he wasn’t a “lusty” enough hero. In his interaction with the heroin Tamara ( the very watchable Rachel Nichols), he is un-Conan-like in his hesitancy. There were several moments where the director should have had Conan sweep her up into his “titanic embrace” and “plant a lusty kiss on her lips” (indulging in the sort of prose R.E. Howard was famous for). But he certainly fits the bill better physically than did Arnold. 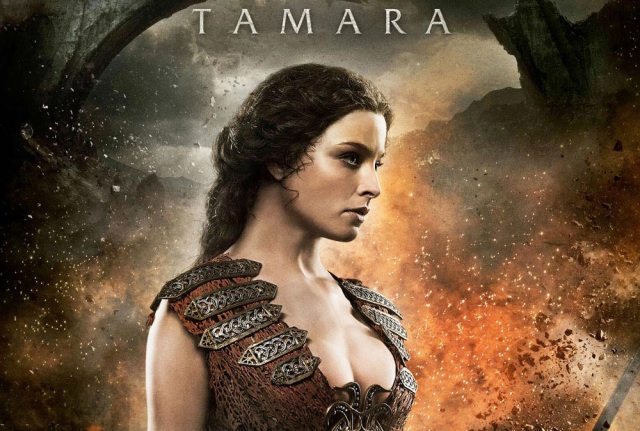 The other “good news” is that the sword work in this version is MUCH better than in the original film; the fight choreographer knew his business. And as noted earlier, the whole Hyborian Age backdrop is so much better imagined   here than in the earlier film.

This movie has a GREAT cast! The brilliant Stephen Lang and (in this) slimy Rose McGowen are very well cast as villains (she is especially creepy, as a witch with incestuous leanings toward her warlord father, Lang). Rachel Nichols is, as usual, a very sexy heroin; everything one could desire in a damsel in distress. 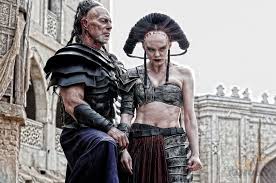 The flaws are in the writing, particularly the dialogue (it is embarrassingly bad). Which is no doubt why the film failed so badly at the box office.  The lines are often stupid and trite; and the attempts at humor pathetic. The three writers who are credited with penning this mess (Thomas Dean Donnelly, Joshua Oppenheimer, and Sean Hood) ought to be drummed out of the Writers Guild of America!!

Can I recommend this film? Yes and no. If your idea of Conan comes from the Arnold version, you may not like this one as much. And if your looking for snappy dialogue and an intelligent film, you should look elsewhere. But for us fans of the literary Conan, I think you’ll find much to appreciate in this version. 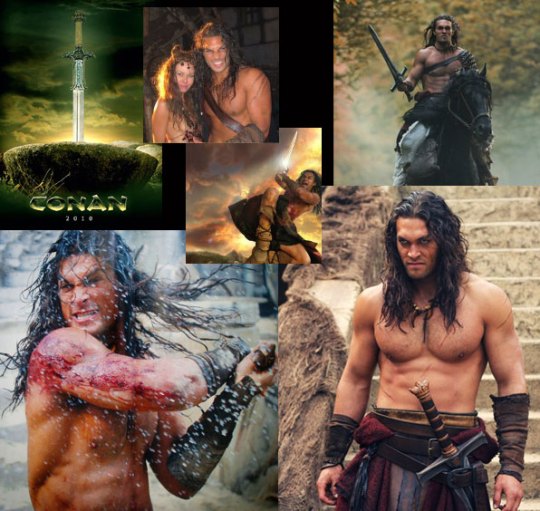