Posted on January 29, 2018 by barrycjacobsen

“When the situation is obscure, attack!” – General Heinz Guderian

“Let your plans be dark and impenetrable as night, and when you move, fall like a thunderbolt.” – Sun Tzu

“Veni, vidi, vici” (I came, I saw, I conquered) – Julius Caesar, on the very brief campaign against the Pontians.

“Few men are born brave. Many become so through training and force of discipline.” – Flavius Vegetius

“If Hitler invaded Hell, I would make at least a favorable reference to the devil in the House of Commons.” – Winston Churchill, when questioned during Operation Barbarossa how he, a life-long anti-communist, could call for support of Stalin.

“It is well that war is so terrible, otherwise we should grow too fond of it.” – General Robert Edward Lee

“We see, therefore, that war is not merely an act of policy but a true political instrument, a continuation of political intercourse carried on with other means. What remains peculiar to war is simply the peculiar nature of its means.” – Carl Von Clausewitz

“War must be, while we defend our lives against a destroyer who would devour all; but I do not love the bright sword for its sharpness, nor the arrow for its swiftness, nor the warrior for his glory. I love only that which they defend.” – JRR Tolkien

“The supreme art of war is to subdue the enemy without fighting. – Sun Tzu

“In war truth is the first casualty.” – Often attributed to Aeschylus 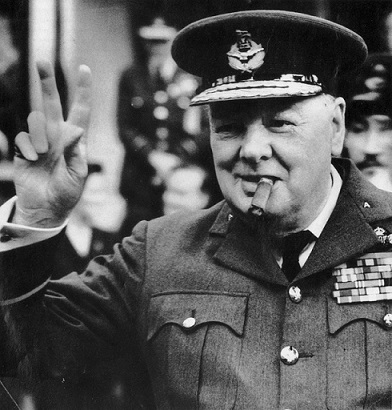 “During war truth is so precious she should always be attended by a bodyguard of lies.” – Winston Churchill

“”A pint of sweat will save a gallon of blood.” – Gen. George S. Patton, Jr., on the value of hard training.

“The art of concentrating strength at one point, forcing a breakthrough, rolling up and securing the flanks on either side, and then penetrating like lightning, before the enemy has time to react, deep into his rear.” – Gen. Erwin Rommel, on the definition of Blitzkrieg (“Lightning War”); as he practiced it in France, 1940

“War is the province of chance.” – Carl von Clausewitz

“I shall return!” – Gen. Douglas MacArthur, on departing from the Philippines in 1942

“I have not yet begun to fight” – John Paul Jones

“Molon labe!” (Come and take them!) – Leonidas of Sparta, in response to the Persian demand that the Spartans at Thermopylae lay down their arms.

“Nuts” – General Anthony McAuliffe, Dep. Commander 101st Airborne Division at the Battle of the Bulge, in response to the German demand for the surrender of Bastogne. 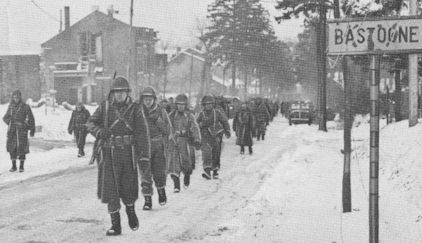